My Guacamole Was Gone in 5 Minutes

When you’ve been a backpacker for this long, there are certain things that trickle out of your daily life. A normal, well-balanced diet is one of them. The amount of fast food, instant ramen noodles, and cookies I’ve consumed is embarrassing and shocking. Like honestly, my body craves so much more.

It’s hard to eat healthy, however, because I can never fully finish my produce before it’s time to jump cities. It always feels like such a waste.

And that’s how the BBQ dinner party was born.

I’ve recently become friends with a Canadian couple and an English guy, and we’re just the best little group that ever was. Not to play favorites, but they’re one of my favorite groups of people I’ve met on this trip. And that’s saying something.

We initially planned to do a fun little BBQ grill out because we all craved some good food. It was the four of us, so it should’ve been easy.

And then word got out. And then 4 turned into 9. But no worries! More the merrier! We just charged $5 a head and went to buy groceries.

We wanted to do a little snack dip while the BBQ was grilling, so I offered to make guacamole. Y’all, I made a BIG bowl of guacamole. Three big avocados were involved. I set the bowl down, and within 5 minutes, the guacamole was scrapped clean.

As the Australians would say, I was quite chuffed (proud).

We continued to hangout, talk, and eventually eat delicious BBQ. We played card games until we got too distracted that we just talked in a jumbled, tangent mess. It was great. 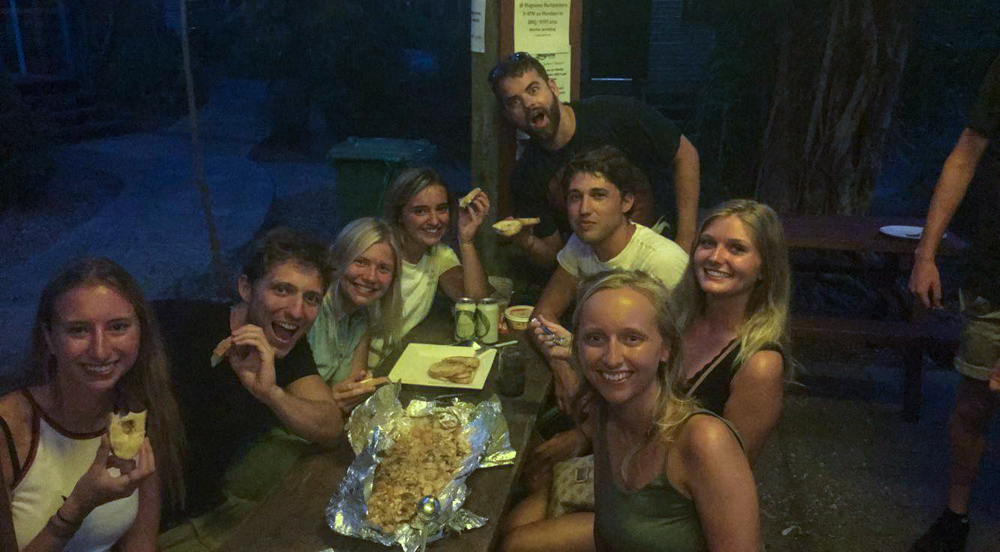 The crowd slowly dispersed throughout the night, and it was back to the core four of us. We went and ate ice cream and found a dance floor to bust some moves. When it was time to say goodbye (since I was leaving Airlie Beach in the morning), I got sad … again … for the millionth time. These are people who I genuinely want to hang out with every weekend. And now we’re scattering back out across the world.

Travel is amazing, but sometimes travel is heartbreaking. I hate goodbyes.

Whitehaven – the Most Beautiful Beach I’ve Ever Seen

I Stayed on a Fancy Island Resort … for Six Hours