The last time I was in Ireland (back in June), I was still pretty new to the whole “solo traveler” thing. There were so many things to see and do and learn, and I might have gotten brain stimulation overload. And because of this, I somehow missed seeing one of the top attractions on my list.

So when Bryce asked if there was anything in Dublin that I wanted to see that I didn’t get to see last time, I was like, “YES! I wanna see The Book of Kells and The Long Room!!”

The Book of Kells is the four gospels written in Latin and dates back to 800 A.D. Though I found it interesting to look at and impressive that it’s still in existence, I was actually most excited about The Long Room.

Basically, The Long Room is a huge library that contains 200,000 of the oldest books in all of Ireland. But most importantly, it’s really pretty. And it smells like my great grandmother’s library back home in Texas.

After visiting the library, we walked out into the drizzling weather and found a warm pub to eat a delicious Thanksgiving sandwich. Ok, so it wasn’t actually called that, but that’s what Bryce and I called it. It was pork, stuffing, and cheese, and it was delightful.

We quickly realized that an umbrella would be helpful, so we stopped off at a souvenir shop and purchased one.

Though it was quite chilly and wet in Ireland (shocker), I was loving the autumn feel. Bryce and I picked up some hot chocolates and walked through St. Stephen’s Green to look at the leaves changing colors. Since Bryce is from up East in the States, he’s used to having all four seasons. Me being from Texas? Not so much. So bring on the pretty leaves!!

And for the rest of the night we jumped from pub to pub eating food and listening to live music. Just check out how yummy this stew looks … 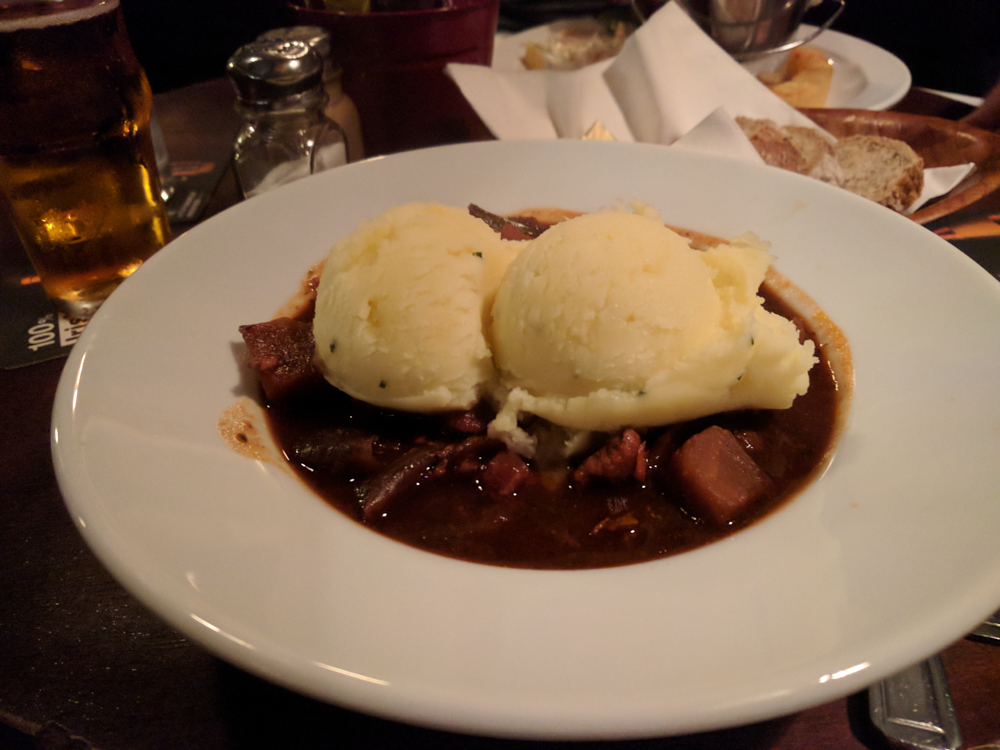 Guess Who’s Back, Back Again

When in Belfast, Watch a Hockey Game?

Learning All About Kpop