Munich Has a Fancy Pantsy Airport

Word to the wise: Dublin rush hour is no joke.

The last time I was here in June, I almost missed my ferry because I underestimated it. So this morning when we were heading to the airport, I gave myself double the travel time. And that still wasn’t enough.

It took my taxi over an hour to get to the airport that was 20 minutes away. If you know me at all, you know that travel days stress me out. So by the end of this taxi ride, I was starting to feel incredibly anxious.

I basically ran into the airport mentally preparing myself for long lines. But when I showed up to my check-in counter, I was the only person in line. My anxiety immediately released as everything was smooth sailing from there.

It was at this point that I had to say goodbye to Bryce. Bryce had a flight later that afternoon in a different terminal, so we had to part ways at security. I’m going to be honest, lots of tears were shed. And I even cried a little too 😉 hahaha just kidding – we all know I was the mess.

Heading back towards Split, my flight had one connection in Munich. And if I have to have one, I’m glad it’s in Munich. Munich has such a fancy pantsy airport. Because Munich is known for their upper class living (or as my German friend said “snobby”), it’s no surprise that their airport matches.

I remember my mom telling me how airport travel used to be sophisticated and classy. People would actually dress up and look presentable for their flight. You certainly wouldn’t see the 1968 version of yoga pants on a flight.

Ok, so people aren’t walking around in ball gowns, but guys are wearing designer suits and women are wearing the latest expensive trends. And honestly, I love it. The airport has fancy lighting and fancy dining. There’s an air of sophistication and refinery in the airport. Plus the wifi is good and there are lots of outlets. 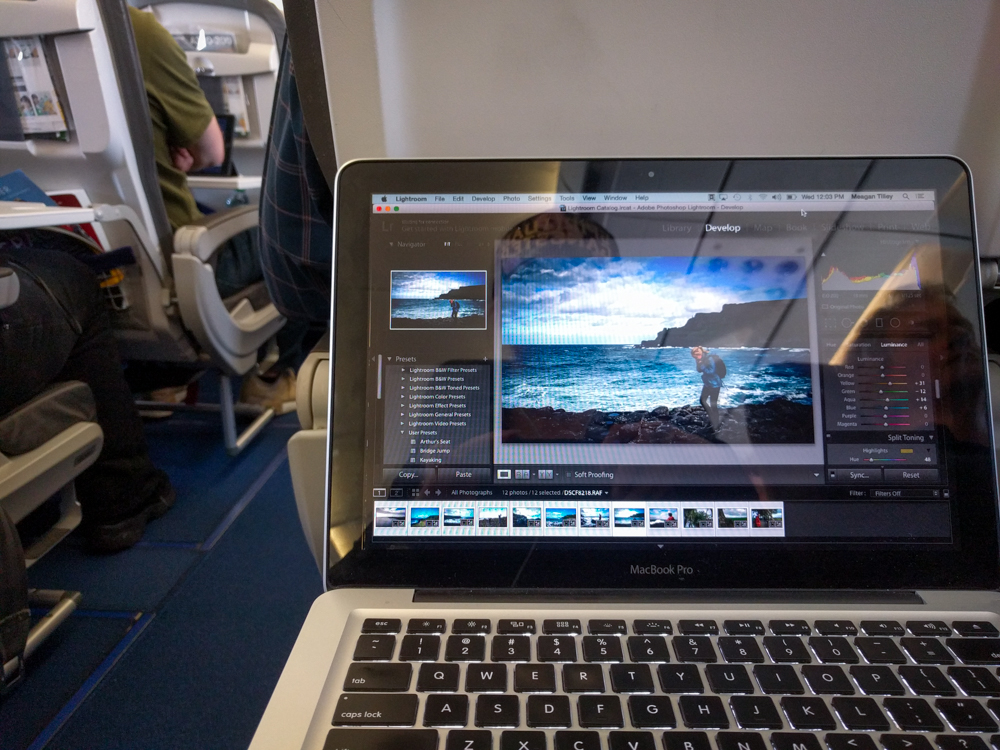 I landed in Split around 3:00 and raced off to the bus station to catch the next bus heading towards Zadar. And somehow I magically showed up to the station 5 minutes before it was leaving. Now that was great luck.

When I finally arrived at my hostel in Zadar, I was exhausted. A full 12 hours of travel can really wipe you. I stopped off at a noodle fast food restaurant, took a shower, and passed out.

All About Mind Over Matter

Walking (and Sweating and Surfing) at Noosa National Park