Do Salami and Avocado Go Together?

When you’ve been traveling long enough, you really start craving home-cooked meals. Oftentimes I’ll turn down the idea of spending money at a restaurant and cook in the hostel kitchen instead. The problem with this little scenario? Grocery stores carry a lot of different products. Also in a foreign language. Which makes shopping feel like a gamble.

For instance, I generally just guess when it comes to meat. Risky moves, I know. But it looks like ground beef. But is it?? Who knows…

So when I’m approached with these situations, I often steer towards the things I know: produce.

Fruit and vegetables are the same in France, Germany, England, Costa Rica, etc. It’s kind of like when Cady Heron says she likes math because it’s the same in every country. But instead we’re talking about avocados. Which is definitely more important than math.

After being super envious of my friend’s yummy avocado toast, I decided to make my own as well. But what exactly do you put on it?

After wandering the aisles of the Bruges grocery store, I went with avocado, salami, and an unknown cheese. But in all fairness, the cheese had a picture of a sandwich, so I think I was safe. 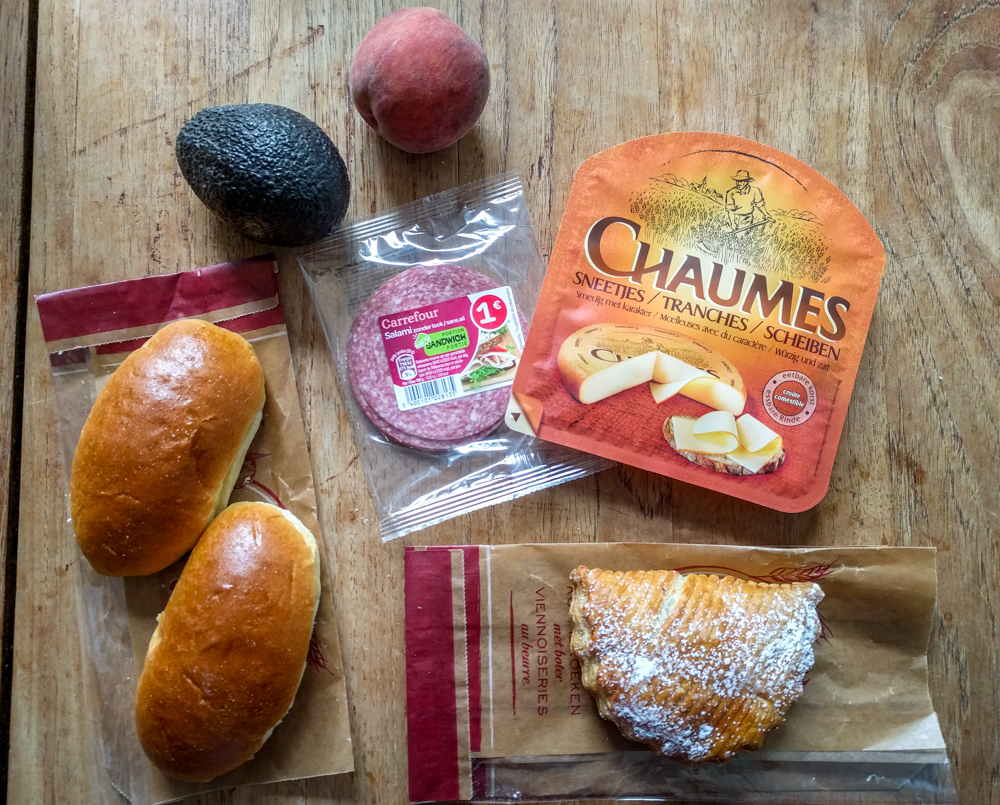 When I took my first bite, I was a little nervous. I put all of my eggs in one basket with this, and I could end up super disappointed if I wasn’t careful.

It actually turned out to be quite good!

Or maybe I was just really hungry.

Or Maybe One More Night in Ghent …

Is HEMA a Big Deal or Something?

Movie Nights Can Be the Best Nights