I Willingly Jumped out of a Plane

Back when I was in the 4th grade, I read a book called A Letter to Mrs. Roosevelt. To be honest, I don’t remember much about the book. However, I do remember it sparking an obsession with Eleanor Roosevelt. I remember being so enthralled about her life after reading that book that I read a biography on her and did a 7-page research paper on her life — for fun. When I was 10.

Y’all, I looked up to her in so many ways.

One of my favorite quotes of hers is “do one thing every day that scares you.”

I kind of took that advise to the next level today. I signed up to go skydiving.

I was actually planning on going skydiving when I was in New Zealand. But when I was hanging out in my hostel, I met a guy who worked for a skydiving company in Coolangatta called Gold Coast Skydive. He’s a very impressive dude (American woot woot!) who’s jumped over 3,000 times. And of all of those times, he said that the Gold Coast was his favorite. Plus he was able to get me a discount. So I thought, “why not!?”

I woke up a little nervous. I tried really hard to compartmentalize my fear the whole morning, but my fear would slip out every once in a while through a dance and a nervous smile. I was excited for sure. But I was scared for sure.

I climbed into the 12-passenger plane, and that’s when the nerves really hit me. The plane ride was about 10 minutes, but it felt like a lifetime. Kevin would ease my fear by saying things like, “this is your life jacket in case we land in the ocean” or “here’s the seat belt button in case the plane crashes and I’m unconscious.” Yeah, thanks Kevin. Really helping me. 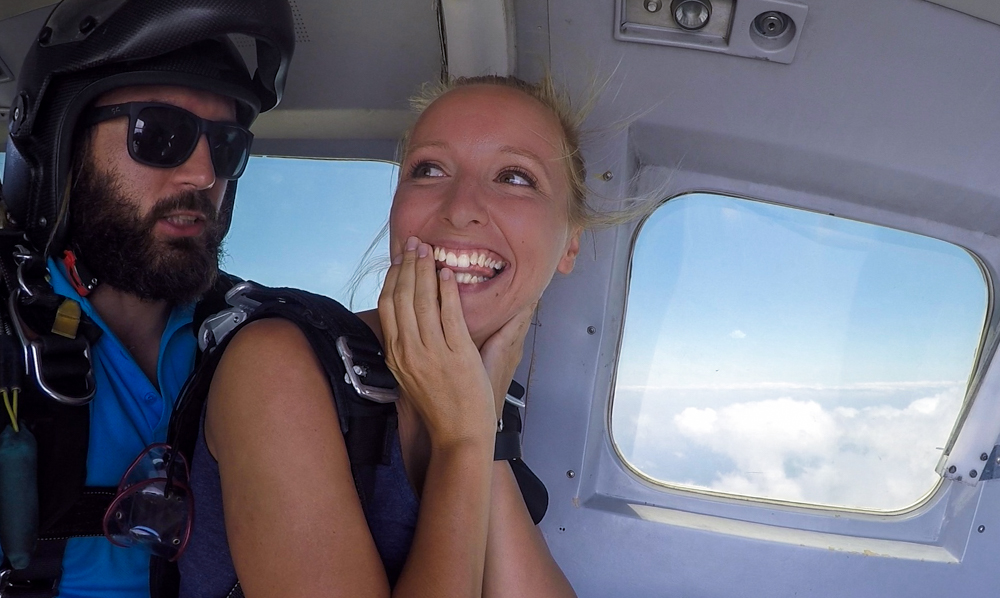 When it came time to almost jump, I started regretting every life choice. But specifically the going first part. Little did I know that I had to sit on the edge of the opened plane door for 25 seconds before Kevin was gained clearance to jump.

But without warning, and a chance to become paralyzed with fear, Kevin jumped both of us out of the plane and into a free fall. 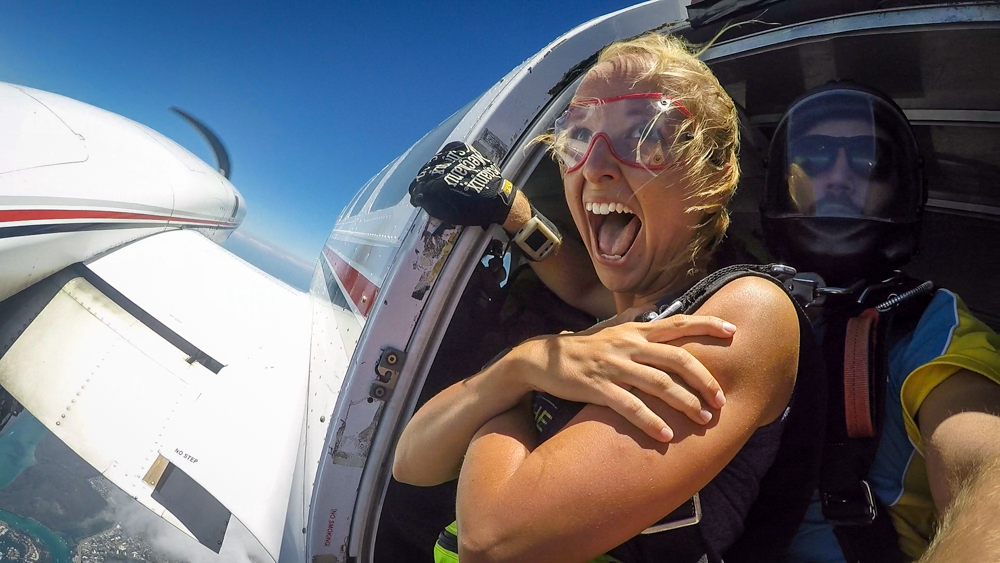 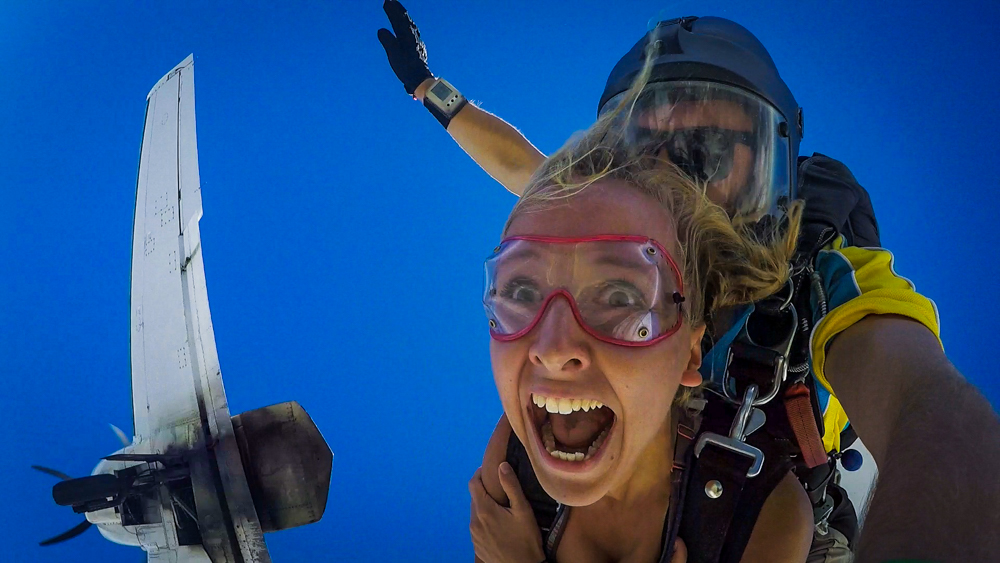 Skydiving was the most incredible thing I’ve ever experienced.

Because you’re so high up, your brain doesn’t have a feeling to reference, so it just goes on overload. My brain was running wild and there’s so much about that jump that I don’t remember. Now I understand why they say to always jump twice in your life. Once is not enough.

Kevin then opened the parachute, released some hooks and levers and stuff (I don’t really know what all he did), and we flew through the air like a cloud. We also did a bunch of spin circle things which were amazing.

The first words out of my mouth after safely landing were, “I’m still alive!”

Skydiving was absolutely amazing – unreal. I’ll remember this day for the rest of my life. But the most spectacular thing about today was learning that I’m bigger than my fear. And I think that’s the lesson Eleanor was trying to teach us all.

Thank you Kevin for being so awesome, jumping out of a plane with me, and making sure I didn’t die.

If you’re interested in jumping with Kevin (I highly recommend), you can send him an email! He heads back to the states sometime this year.

Another Day of Surf and Sun

Is My Laundry Done Yet?

I Will NOT Get Sunburned Today

You Can’t Leave London Without Having Afternoon Tea