I started the morning on the hunt for a new book and a good lunch spot. And in my opinion, those are the best kinds of priorities. For Whitby only being a town of 135,000 people, they somehow impressively manage to have six book stores. After browsing about three used bookstores, I started noticing some repeats. All I’m going to say – Lauren Conrad must’ve made a book club list.

After settling on H.G. Wells’ The War of the Worlds, I searched for my lunch spot.

My “must-have” list was a bit excessive. I wanted a lunch spot with a view of the harbor. I didn’t want to sit outside, but I wanted to feel like I was sitting outside. And it had to be relatively affordable. And good.

Not a tall order at all.

And it’s at this delightful lunch spot that I realized I’m rubbish at food blogging. Because seriously, I always just dig into my meal. Halfway through I think, “Well crap. I definitely should’ve taken a picture of that.”

So here’s a photo of my half-eaten chicken kabab. Which was nom nom nom. 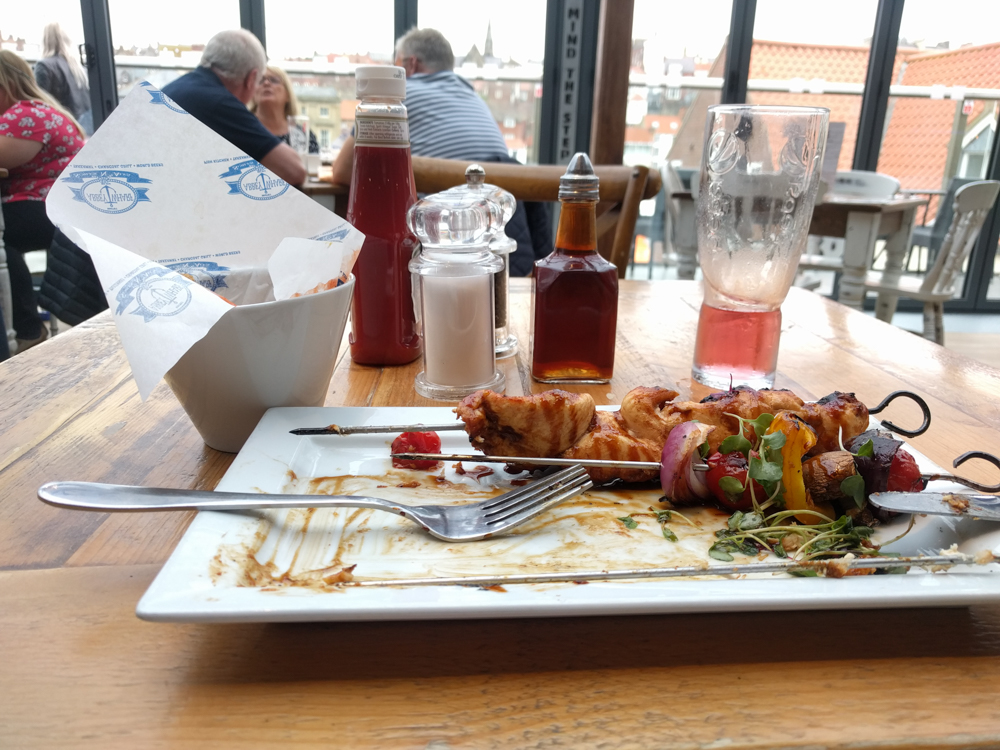 Later that afternoon, I decided I wanted to explore the quieter parts of Whitby. What I didn’t realize – I would stumble into North York Moors National Park. So naturally, that turned out to be a great surprise.

I also found this stellar graffiti art under a bridge.

When I later came back through, I found three 11-year-olds under the bridge. Two boys were wide-eyed “lookouts” while their third friend took a Sharpie to the bridge. And then the word choices all made sense.

That night I headed out with my Airbnb host to hear local folk music in a small pub. Veronica, a woman who traveled around the world twice when she was my age, was a lovely conversationalist. We swapped travel stories for half of the night and slapped our knees to the music for the other half.

Whitby was such a great idea.

It’s Just Me and Neil Young

What Does It Mean??

The Secret to Happy Travels