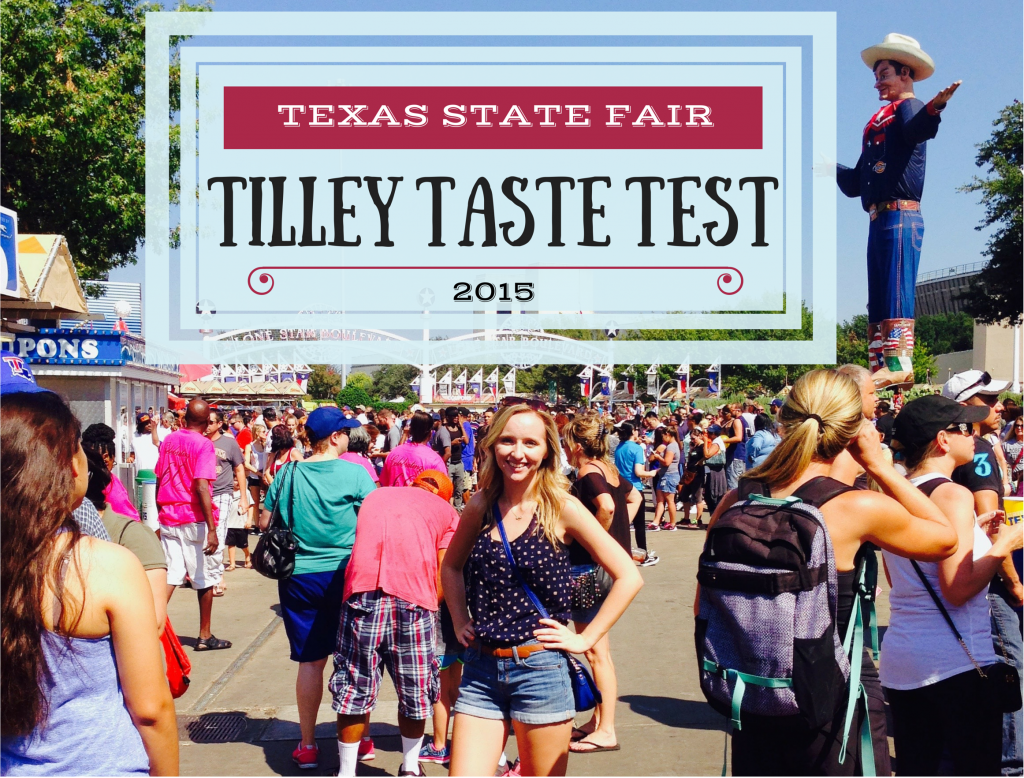 Some people count down the days until Christmas. I count down the days until the State Fair of Texas opens. There’s just nothing better than seeing Big Tex waving his awkwardly bent arm as he welcomes you into the fair grounds. I’ve actually always found Big Tex a little creepy. But kind of in an endearing way. Like Chuck E. Cheese. But I digress. 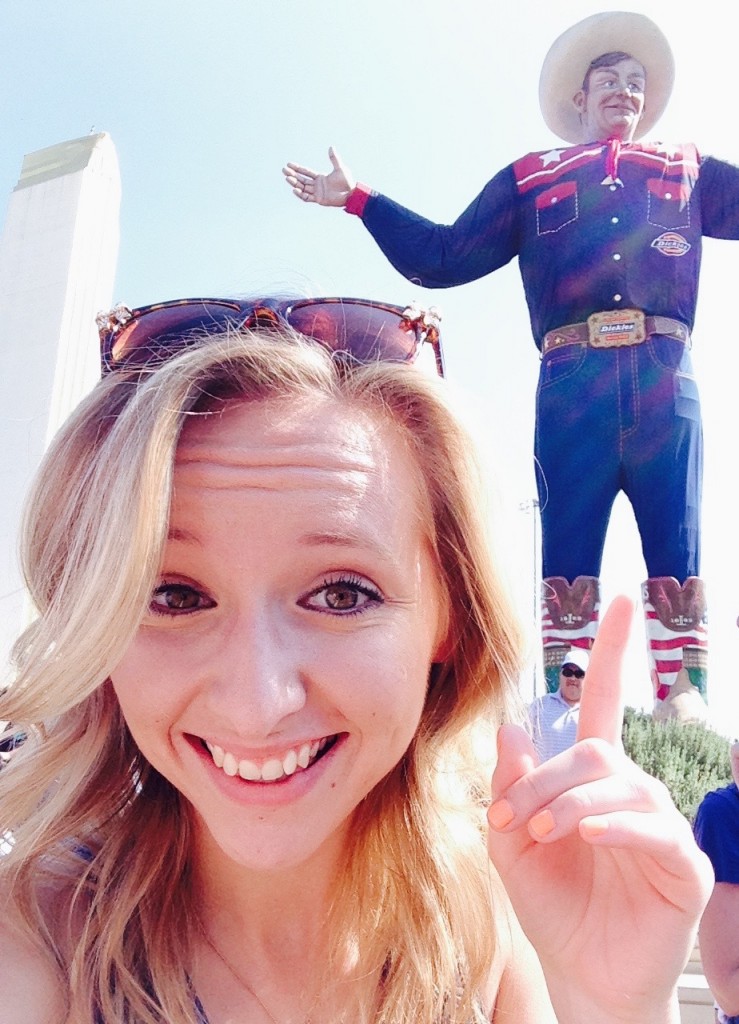 The Dallas Morning News once wrote, “If it can be fried, it’s been tried at the State Fair of Texas.” Truer words have never been said.

Every year since 2005 the State Fair of Texas releases two Big Tex Choice winners for Most Creative and Best Tasting along with a list of top finalists. My brother and I, loving all things deep fried, were extremely interested in trying these top ranked foods for ourselves. I mean, fried butter and fried ice cream?!? What’s that all about?? And thus began our annual Tilley Taste Test.

This method is not for the faint of stomach, however I highly recommend it. It’s the best way to experience the fair, in my very humble opinion.

One thing we’ve learned from our five years of fair food consumption is that not all fried foods are created equal. And my brother and I have paid the price in coupons and stomach aches to know which foods at the fair are worth it and which ones will leave you regretting your decision even years later — looking at you, fried bubblegum.

So if you’re curious in trying a few delectable fair foods and don’t know where to begin, just take a look below at the things we tried this year. Read what we liked, what we didn’t like, and what needs to be tried immediately. Also, even further below is a list of previous year finalists that are worth seeking out as well. 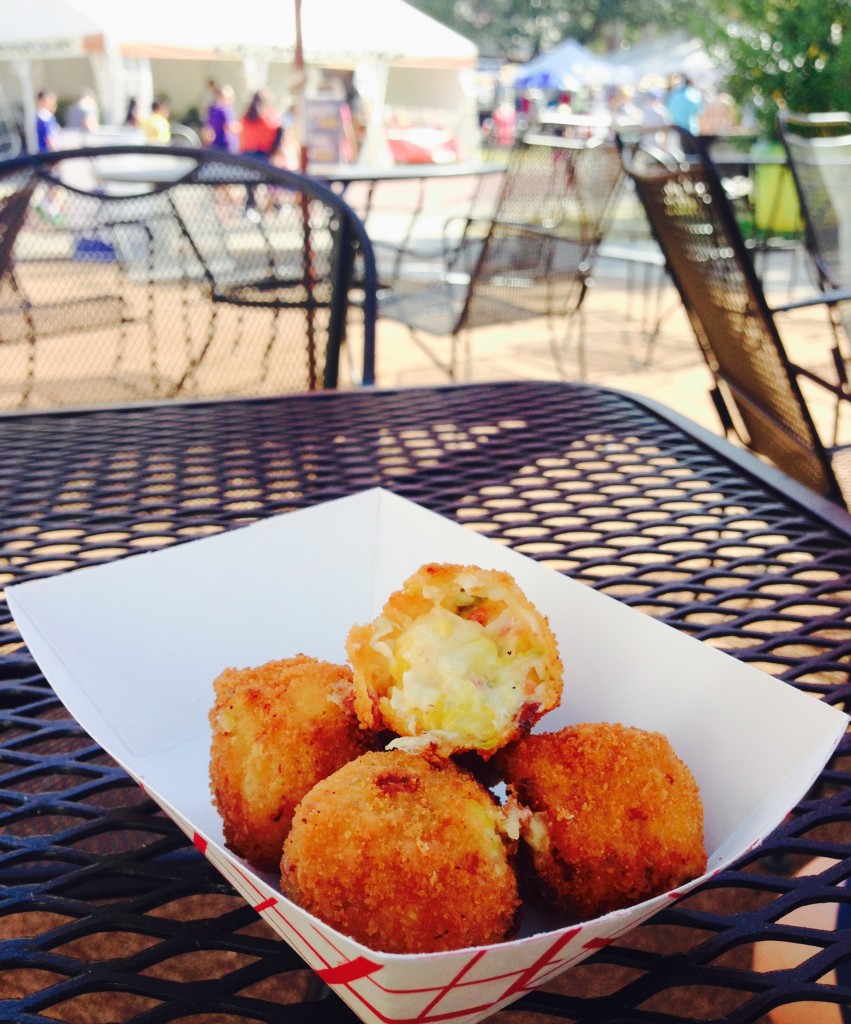 These delicious fried poppers are corn fritters on steroids. Packed full with sweet corn, little chopped up bits of jalapeño, cream cheese, and bacon, you will be yelling “hot dang” from your very first bite. These fried balls of goodness will be a recurring purchase from me each year at the fair, no question. 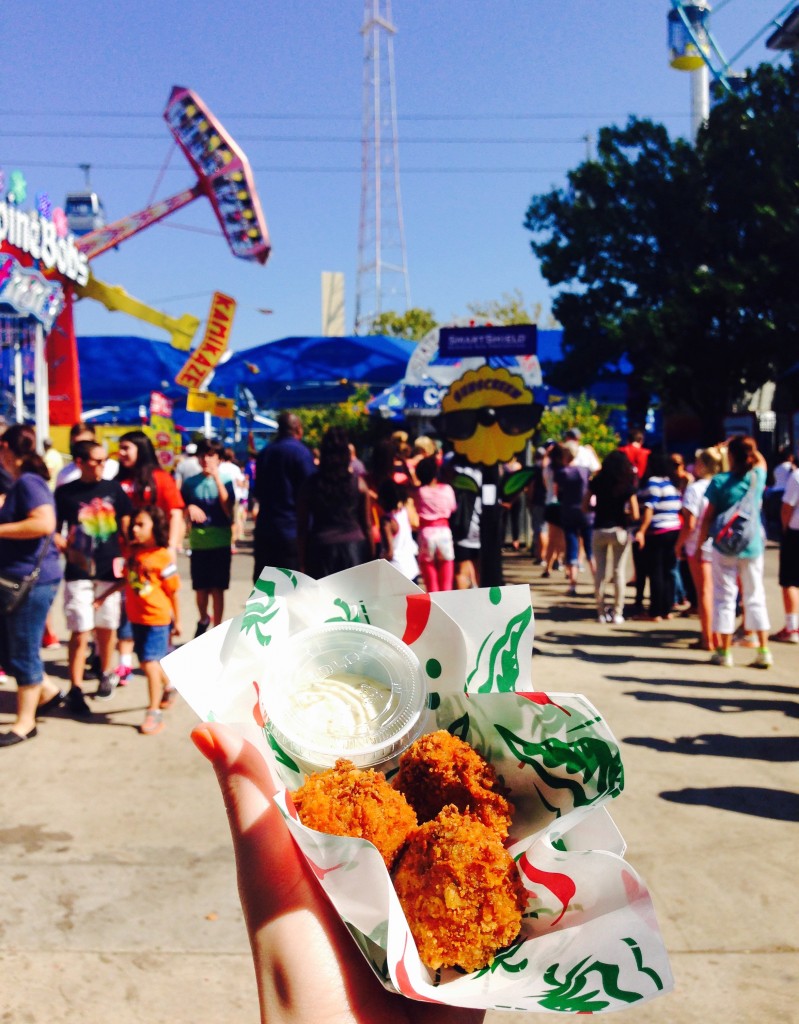 As a firm believer that Tex-Mex, especially queso, is the answer to just about everything, I was a little let down by this one. I truly wanted to like it, but couldn’t get on board. As my brother said it perfectly, it was a little too Taco Bell for the price we paid. It had a mix of cream cheese, Monterey Jack cheese, bacon, and a kick of Sriracha sauce. It resembled more of a ball of nacho cheese than anything else. But if that’s your jam, go for it! 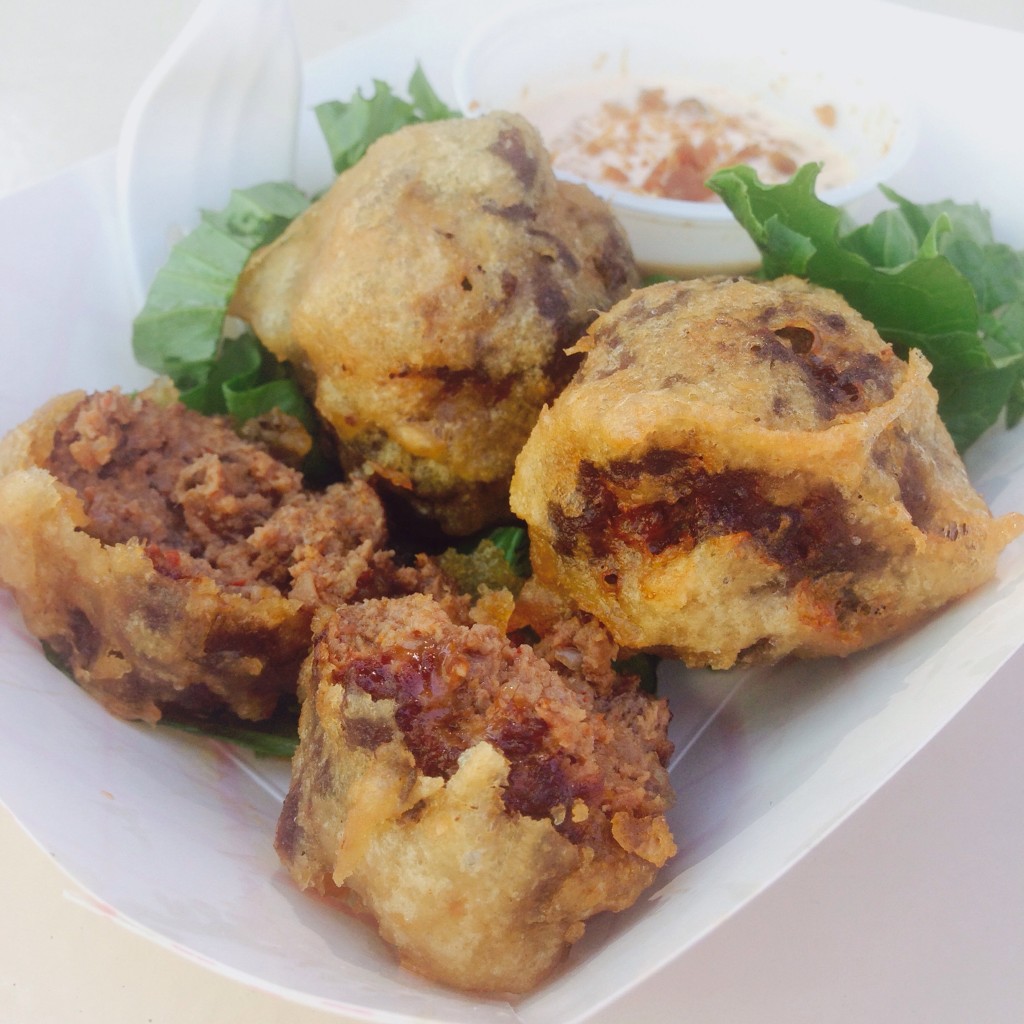 This was all kinds of no. I took one bite, and that was more than enough for me. I’ve heard words used like “lean” or “choice cut” when describing the buffalo bites, and that seems a bit of a stretch. It’s chewy and gristly – don’t let anyone fool you. It tastes like a weird meatball that’s been fried. This might actually go up on my list of fried food regrets. 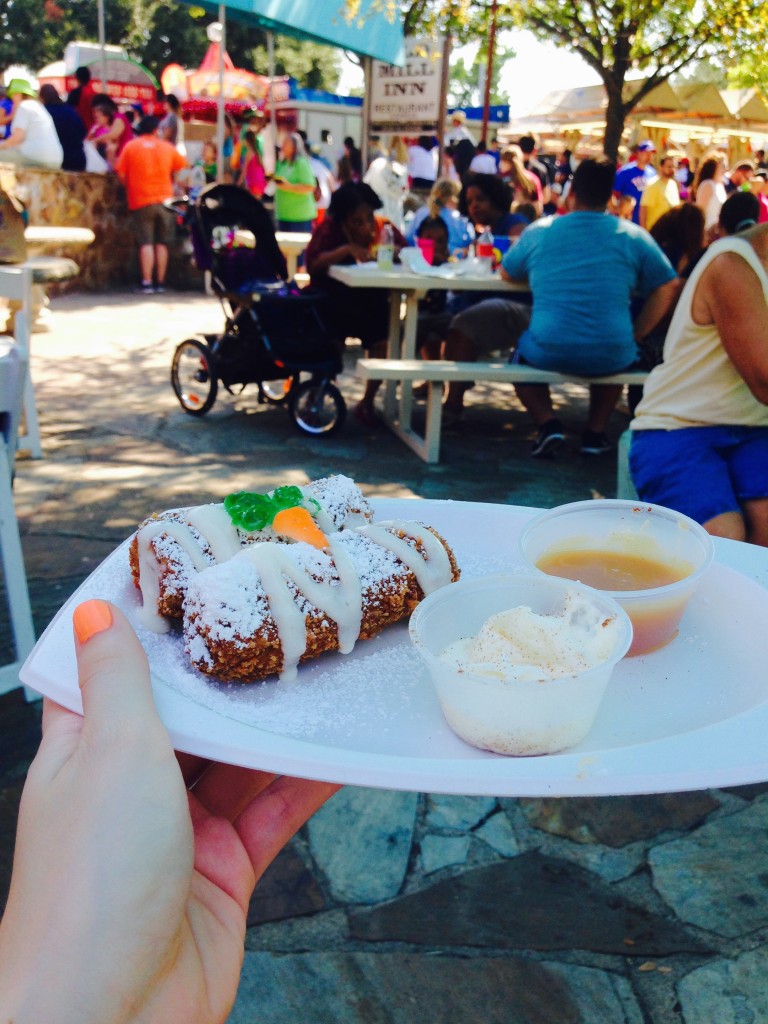 Now, it’s no secret that carrot cake is my favorite dessert. I mean, I’ve been known to go to House of Pies and get carrot cake. The obsession is real. So when I heard that a carrot cake roll won the 2015 Big Tex Best Tasting award, it instantly became my most anticipated fried food option. And it did NOT disappoint. I’m not kidding, this was beyond divine. It was so perfectly spongy on the inside, yet crispy on the outside. The drizzled cream cheese frosting on top gives it a sweet, gooey bonus, and the caramel dipping sauce just sends it off the charts. Seriously. You need this in your life.

This has the general idea of chicken and waffles, and it is glorious. It has the perfect blend of spicy jalapeños and sweet syrup. I know, I know. Sounds strange, but trust me on this. It’s one of my all-time favorites.

Do it. Don’t question it. It’ll change your life, I promise.

All of these crazy, fried fair concoctions probably wouldn’t even exist if it weren’t for the Fried Oreo Craze of the early 2000s. If you go to the fair and do not eat a fried Oreo, you are doing the fair wrong. I once described it as, “eating an angel.” Eat one and tell me I’m wrong. Word to the wise – make sure you get a fresh one out of the fryer. It’s 3000x better.

And there you have it! The best of the best! Have you tried something off the charts that I didn’t list? I would love to hear your opinion in the comments! Especially if you’ve tried fried butter or fried Coca-Cola… they’re still on my list to try!!