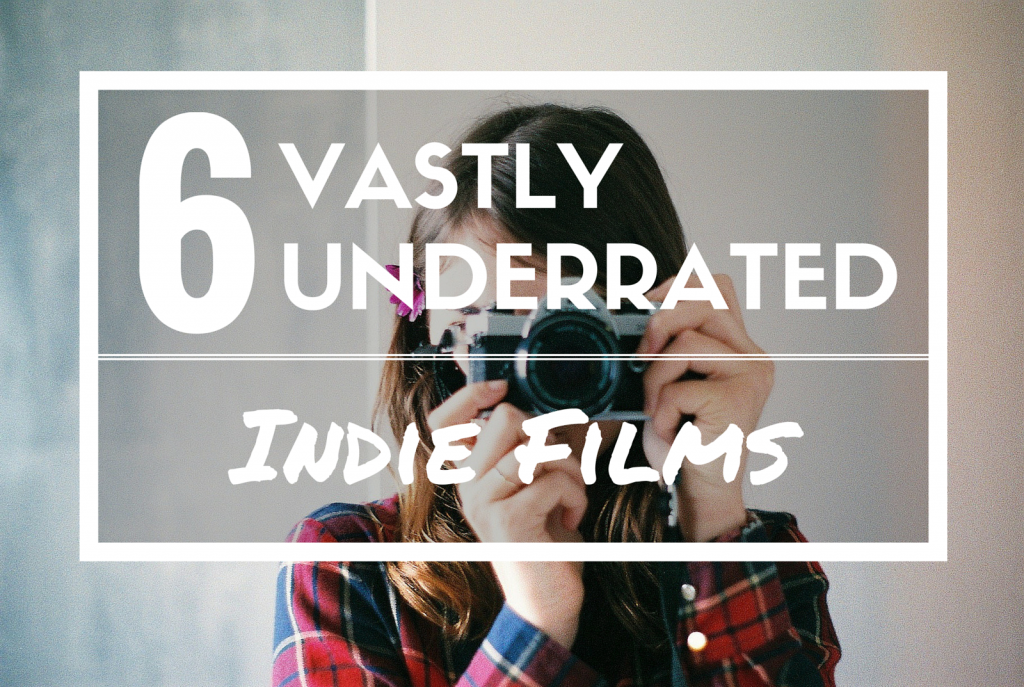 I think it’s important for you, the reader, to understand a few things about me…

I don’t drink wheatgrass smoothies with flaxseeds. I don’t frequent vinyl record stores. I don’t do things like Bikram Yoga or CrossFit. I definitely don’t know the difference between flat white and cold drip coffee.

My point? I’m far from hipster. If I turned in an Application for Hipster Citizenship, I would be laughed at and quickly declined.

So I’m generally not the type of person to recommend those random, off-the-wall indie films that no one has even heard of.

I can finally level up on my hipster status by recommending these stellar indie films that, for reasons unbeknownst to me, did not make a splash at the box-office.

In my opinion, these movies are complete gems. I’ve seen them all multiple times, and I’ve listened to the soundtracks even more. So if you’re interested in watching a few movies off the beaten path (and ok, maybe with a slightly girlie theme), look no further than below.

Kicking off my list of vastly underrated indie films is the movie Begin Again. It’s the type of movie that will make you want to move to New York City, grab a guitar, and strum sweet melodies in the depths of an underground subway station. If you’ve ever seen the superiorly hipster indie film Once, then you’ll be pleased to know that this movie is done by the same director. And the biggest plus? James Corden is in it. You just can’t say no to James.

Keeping with the New York City theme, I highly recommend the indie film Before We Go. To be honest, I typically hate movies like this. The whole “every single thing that could go wrong – does” is not my cinematic cup of tea. So when I watched the trailer, I was highly skeptical to say the least. But this movie is such a journey, and I just got it. In my experience, you’ll either love or hate the ending. And if you didn’t already love Chris Evans, then prepare yourself to fall head over heels. You’ve been warned.

I didn’t realize how obsessed I am with New York City until I started making this list. Apparently NYC is a crucial backdrop for all of my hipster, indie film needs. Song One had a limited movie theater release and grossed about $30,000. Whistle tough luck, you know? I’m going to be honest with you here – the plot doesn’t move at lightning speed. But that’s ok. Just let it be. It’s perfect in its own timing. Besides, it’s one of those indie films where it’s all about the music. I literally listened to two of the songs on alternate repeat for a week straight.

Me and Earl and the Dying Girl

Me and Earl and the Dying Girl is the most recently released indie film on my list. The movie is kind of like Wes Anderson meets John Green. Which is like, the perfect combination for my odd yet girlie self. It’s a solid coming of age movie, and it deals with the tough decisions that are made in life. I found it beautiful. And if you’re a Parks and Rec fan, you’ll find great enjoyment seeing Ron Swanson as this cat holding, squid eating, hippie dad.

Like Crazy is an indie film that will make you want to fall in love immediately. And then it’ll make you never want to fall in love ever. Specifically anyone long-distance. It’s a lot of feelings to take in. One fascinating tidbit – a large majority of the dialogue was improvised. The actor and actress had a 50-page outline and four weeks of filming to create a relationship with years of layers. But somehow they managed to make it feel painfully real. Second fascinating tidbit – Jennifer Lawrence is in it as a supporting actress. This is JLaw before Silver Linings Playbook, Hunger Games, and X-Men. We’re talking Winter’s Bone Jennifer Lawrence. And she’s still great.

The last indie film on my list is Love, Rosie. This movie is about as chick-flick as it gets, and it’s wonderful. The author who wrote the book PS, I Love You also wrote the book that was adapted into Love, Rosie. So, obviously tears will be shed. I was just now watching the trailer again, and I got a little misty-eyed. I’m such a weeper. So if you’re feeling like having a bit of a cry and a bit of a laugh, then this is your go to.

And that’s my list! What random and obscure indie films are on the top of your list? I’d love to hear about them in the comments!